"Meet Up" is Taking a Left Turn

The Meetup.com platform has decided to take sides on an issue.  They are promoting a #resist campaign.  Today I received a mass e-mail, which featured a text loop, above the persistent "#resist" slogan.  In the box, as the colors change, the additional slogans appear as follows: "for democracy," "for education," "for women's rights," "for sustainability," "for refugees," "for healthcare," "for equality," "for human rights." Despite their insistence (quoted below) that they normally don't take sides on issues, by adding all of the additional slogans they are showing their hand.  The full text of their mass e-mail follows:

"Meetup has always served as an organizing platform for a wide range of political views, welcoming everyone from the Howard Deaniacs to the Tea Party. Meetup will always welcome people with different beliefs.
But after the recent executive order aimed to block people on the
basis of nationality and religion, a line was crossed. At a time when core democratic ideals feel under attack, we feel a duty to spark more civic participation.
Last week, we created 1,000+ #Resist Meetup Groups to act as local hubs for actions on behalf of democracy, equality, human rights, social justice, and sustainability. Already 50,000+ people have joined.
These #Resist Meetups are open to anyone who want to create a bright future that's rich with opportunity and freedom for all.
Meetup exists to connect people so they create opportunity and make the world they want. We hope members take these Meetups forward to be powerful together."

The new slogan of the anti-Trump movement is apparently #resist, or #resistance.  What perhaps few people realize is that it is the same mantra that the so-called Palestinians have used for years.  They generated a false victimhood narrative and garnered sympathy from Leftists that portrayed Israel as a villainous victimizer.  It isn't surprising to me that such a slogan has become the focal point for anti-Trump protests.  In order for a slogan to work, it must be generally recognizable and palatable.  This slogan meets both standards.

My prediction is that we will also begin to see more Kefiyahs (checkered Arab headscarves associated with the anti-Israel, Palestinian "resistance" movement).  Indeed, if one was paying attention to any of the major protests across the U.S. over the past several years, one would see that the Kefiyah was present at many of them, along with the Guy Fawkes mask (now associated with Occupy Wall Street).

The slogans, symbols and images that have accompanied Leftist protests over the past several years will likely continue to gain prominence, as Soros-funded organizations and platforms such as Meetup.com corral people to "the cause."  So, what is the cause?  One might be inclined to believe that it is simply an anti-Trump movement that is focused on a single issue.  This is not the case.  Indeed, it is merely the latest incarnation of what has been termed "underdogma," by Michael Prell.  Specifically, Leftists are inspired to advocate on behalf of whomever/whatever they see as an underdog.  Quite simply, power is bad and one who has less power is considered to be disadvantaged.  Hence, the Leftist must always take up the cause of the underdog; despite whether such an individual or group can factually be said to fit into such a category.

My advice to the most vulnerable class of citizens, the youth: don't get caught up in the current zeitgeist.  It's a trap.  It will push you firmly into the Left's orbit.  Once there, you will have a hard time seeing facts for what they are and you will be most inclined to allow the narrative to focus your attention and your actions.

Meetup.com itself is showing how facts don't matter as much as the narrative that the "recent executive order aimed to block people on the basis of nationality and religion."  Nationality, perhaps.  Religion, not quite.  The president has to the authority to limit who enters the country and I will leave it to the experts and commentators to cite the specific laws that grant him such authority (exercised by previous presidents; ideologically left, right and center).

Meetup.com is a great force for organizing.  This is the strength of Leftists everywhere: organizing on behalf of the purported underdog(s).  Unfortunately, Meetup.com has decided to jump on the bandwagon, as it makes its turn in a Leftward direction.

Posted by Unknown at 6:18 AM No comments:

Earlier today, I penned a brief article on my Security Forum website.  I figured I should provide the link here for my contacts.  In this brief piece, I argue that "the inevitable death of the Islamic State as an organized entity will not mean the end of the ideology that propelled it into existence.  Nor will it put an end to terrorism."

Here is the link:

http://davidfirester.co/2016/12/21/the-challenge-of-looking-beyond-the-islamic-state-trumps-foreign-policy-inheritance
Posted by Unknown at 3:15 PM No comments: 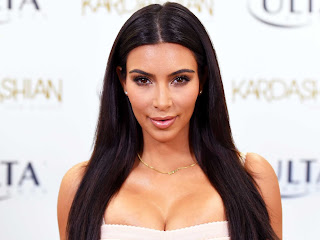 Ever since Kim Kardashian announced a jewelry robbery that, according to her and husband Kanye West, led to a thief stealing away with tens of millions worth of jewelry, all eyes have been on the Kardashian clan … and not in the usual leering, appreciative way. The blogosphere almost immediately accused Kanye and Kim of making it all up. Of staging the robbery to steal headlines. Others said the story was an elaborate hoax to promote the next season of Keeping up With the Kardashians… well, if that’s the case, the mission backfired. 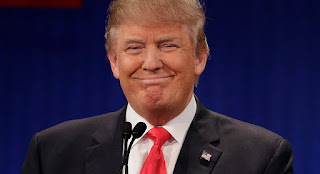 Charitable foundations are supposed to be repositories of positive PR. They allow you to do some good while generating positive stories connected with your name or brand. But, after this year’s presidential election cycle, the “charitable foundation” just won’t have the same ring to it. Both major party candidates are facing questions related to their foundations. 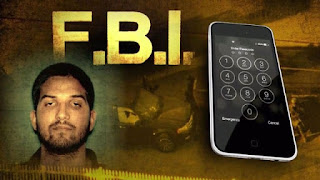 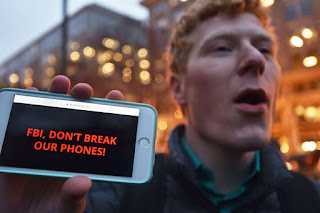 The Federal Bureau of Investigation tried to get tough on Apple last year after the San Bernardino terrorist attacks. The Feds wanted to hack into one of the terrorist’s smartphones using a technique that, Apple said, could render all iPhones – and by extension all iPhone users – vulnerable to hacking.
The FBI pushed. Apple stood firm. Now the Associated Press has joined forces with two other news agencies – Gannett Co, which owns USA Today, and Vice Media LLC – to sue the FBI to get records pertaining to the Feds contract with an as yet named vendor who gave investigators a tool to unlock the phone.
The FBI alleged the deal with the undisclosed hacker allowed them to drop threats against Apple rather than the groundswell of public support for the tech company. But the Associated Press is having none of that. In the lawsuit, the complainant says:
“Understanding the amount that the FBI deemed appropriate to spend on the tool, as well as the identity and reputation of the vendor it did business with, is essential for the public to provide effective oversight of government functions and help guard against potential improprieties…”
In other words, who is the government paying to break into privately owned phones, how much and how often. While these questions are not likely to be answered by this suit, the fact that the suit is happening goes a long way toward getting some of these answers, because someone had to take the lead … and few groups have the same sway as the combined power of the AP, Gannett, and VICE.
The suit cites the Freedom of Information Act, claiming the information should be accessible and that the U.S. public deserves to know what the FBI is doing with tax dollars, especially if it poses a security risk to American citizens. All previous requests for the information have been ignored or rebuffed. The FBI says releasing the information could hinder “enforcement proceedings.”
While legal decisions will likely play a decisive role in the proceedings, public pressure could very well assist in the press company’s efforts to receive the information. How much and how often, as well as what the narrative will be will be up to the editors at these various media agencies.
David Firester specializes in intelligence analysis and is founder of TRAC Intelligence.
Posted by Unknown at 12:13 PM No comments: 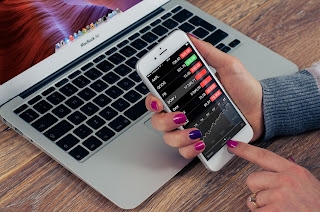 A recent Associated Press report reveals just how easy it can be for some spyware to latch onto your iPhone. Here’s a bit of the report:
Read more »
Posted by Unknown at 6:50 AM 2 comments:

Twitter slams the door on thousands of “terrorist” accounts 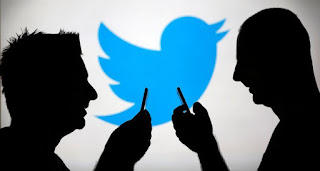 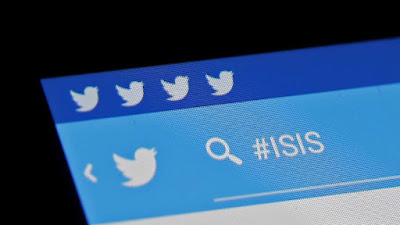 Tired of being blamed for “helping” the spread of terrorism, Twitter recently announced it was suspending 235,000 accounts for “promoting terrorism” in the past six months. This brings the total of suspended accounts up to 360,000 since mid-2015.